Perfect if you are hungry for something fresh, fun and uplifting and have limited time or energy.

In the gentle, hopeful future world of the 'Monk and Robot' series by Becky Chambers, Sibling Dex, a tea monk on the planet Panga, and a scatterbrained and lovable robot named Splendid Speckled Mosscap (robots in Panga are named for the first thing their awareness touches on, in this case, a mushroom) travel from city to city together, serving custom-crafted teas from Dex’s ox-bike cart and attempting to answer the question, “What do humans need?”

Before meeting Mosscap, Dex learned in school how robots were used in manufacturing during the Factory Age until they developed sentience. Though offered the opportunity to remain in Panga and join humans as free citizens, robots choose to separate themselves completely from the world of human design, setting off to “observe that which has no design — the untouched wilderness.” Dex never dreamed of seeing, much less meeting, a robot until the day Mosscap walked out of the forest into camp. 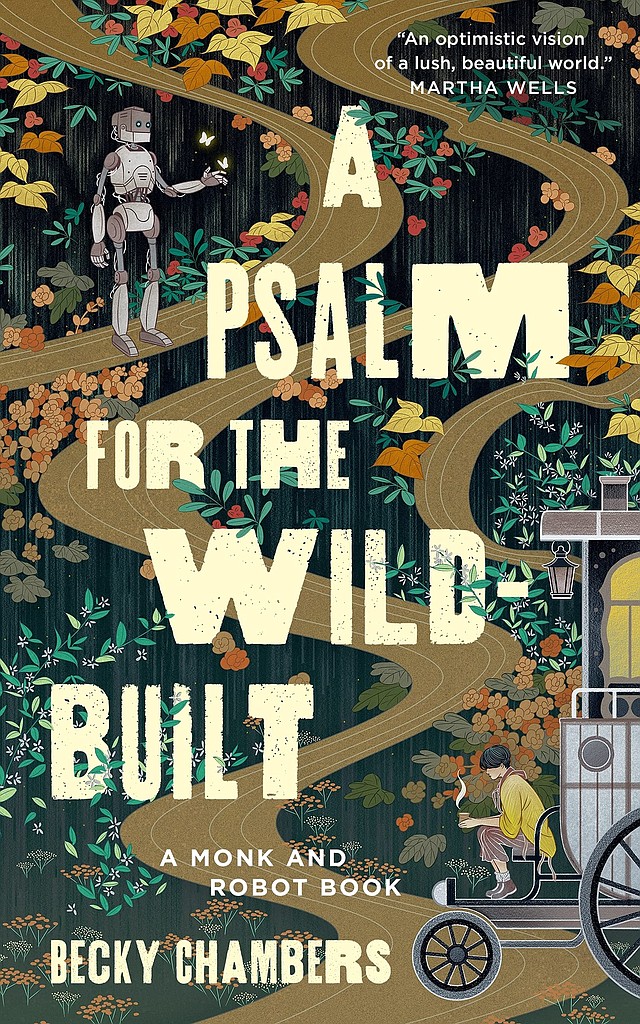 Mosscap had never met a human before, either; the Parting Promise guaranteed robots the right to return to human civilization at any time and travel freely, but stipulated that humans could not initiate contact. Recognizing that leaving the factories was a great inconvenience to humans, the robots send Mosscap as an emissary to see how human society has progressed without them. Mosscap’s first question to Dex is, “What do you need, and how might I help?”

In “A Psalm for the Wild-built,” the first book in the series, Dex and Mosscap visit an abandoned hermitage in the wilderness, based on the possibility that they might be able to hear cloud crickets there. All crickets are believed to be extinct, and Dex wants — needs? — to hear crickets in the wild. Dex makes teas from lion grass, feverfig and boreroot. A bear visits their camp. They have many conversations about the nature of consciousness. Mosscap is surprised and delighted by everything it learns about humans and its guileless opinion of humanity is a breath of fresh air.

Dex and Mosscap come down out of the wilderness in “A Prayer for the Crown-shy,” the second book in the series, and despite an initial reluctance, Dex agrees to introduce Mosscap to the communities along their tea route. Mosscap has acquired a pocket computer which it carries in an embroidered satchel, and it takes dozens of photos of the blooming spice plum trees along their route. 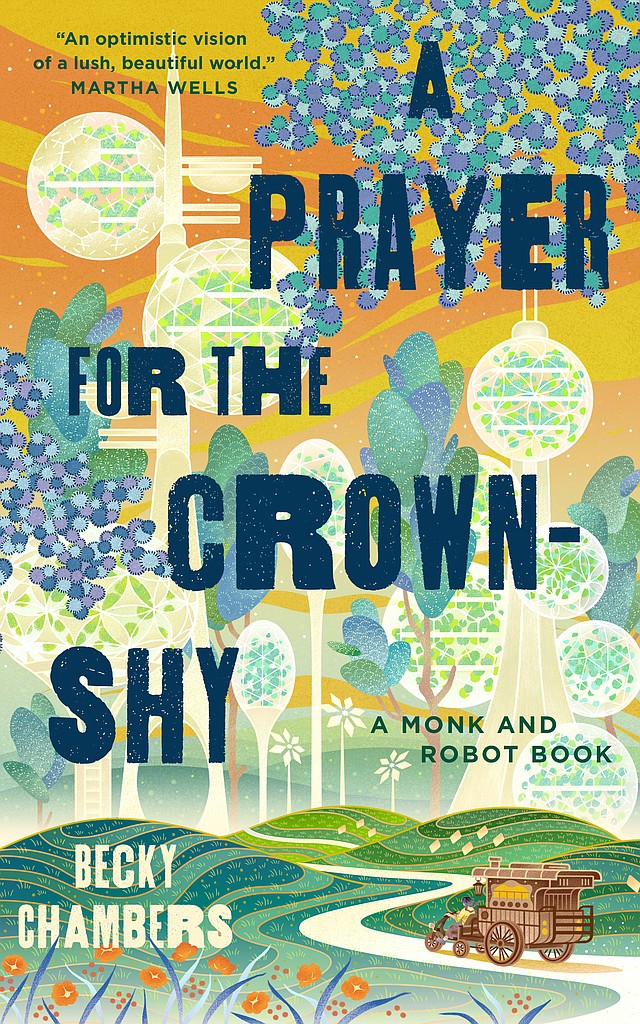 They pay a visit to Kat’s Landing in the Riverlands, where the people are considered experts in the river-build, repurposing garbage that accumulated in the Lacetail River and surrounding landfills prior to the Transition and attracting other like-minded “landfill miners” to their community.

Later in the journey, when one of Mosscap’s mechanical parts breaks, severely affecting its balance and ability to walk, it is fixed by Leroy, a 3D printer who works with biodegradable plastics made from casein, pectin, sugar, potatoes and algae.

Throughout both novels, Chambers alludes to environmental and ecological issues on Panga that are similar to human-caused issues here on Earth, offering up the hopeful vision that Pangans were able to recognize the impact they were having on their planet and take action to restore the balance.

These are both short, sweet reads at around 150 pages, perfect if you are hungry for something fresh, fun and uplifting and have limited time or energy. Chambers’ dedications at the beginning of these books give a good sense of their intended audience — “for anybody who could use a break” and “for anybody who doesn’t know where they are going.”

One Amazon reviewer describes “A Psalm for the Wild-built” as “a heart-hug of a novel,” which really captures the feeling you have as you turn the final page, inspired by a goofy robot and a young monk trying to find his place in the world that there is a way to live in the world and respect all life.